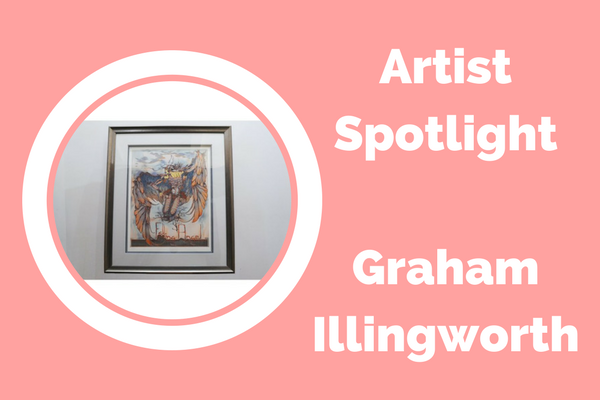 Born in Brighouse in 1953, Graham Illingworth developed his prodigious talent during a childhood spent between mining roots of his home town, the lush green wilderness of the Kent Estuary and the spectacular architectural glory of the ancient city of York. Three years of formal art training and eight years in publishing helped hone his extraordinary skills, but it was his passionate interest in the mystical which motivated him to use his talent as a means of exploring the conflict between opposing forces.

Influenced by the magical and magnificent imagery of ancient foreign cultures, and inspired by the evocative themes of African, Japanese, and Chinese art, Graham developed a highly individual and intricate style. A style that transforms pen, ink and watercolour from a simple medium into a work meticulous perfection. Originals which lose nothing of their passion and colour when reproduced as lithographic limited editions or hand pulled silk prints. In fact, it is these instantly recognisable silk screen images which today are so highly coveted, prized and valued – to the point where every new edition is sold out and oversubscribed, not just prior to publication, but often before the original is even completed. All of which makes it even more remarkable that Graham continues to remain as much as much of an enigma as the evocative masterpieces he creates.

He is rapidly becoming something of a paradox. Whilst his work continues to appeal to a widening audience, it seems fewer people know and understand what motivates and inspires their creator. Preferring to shun the trend of media exposure, Graham remains reclusive, maintaining an anonymity which allows him to express himself through his work. The result is a collection of paintings that illustrate a remarkable sensitivity and a unique empathy with foreign cultures. 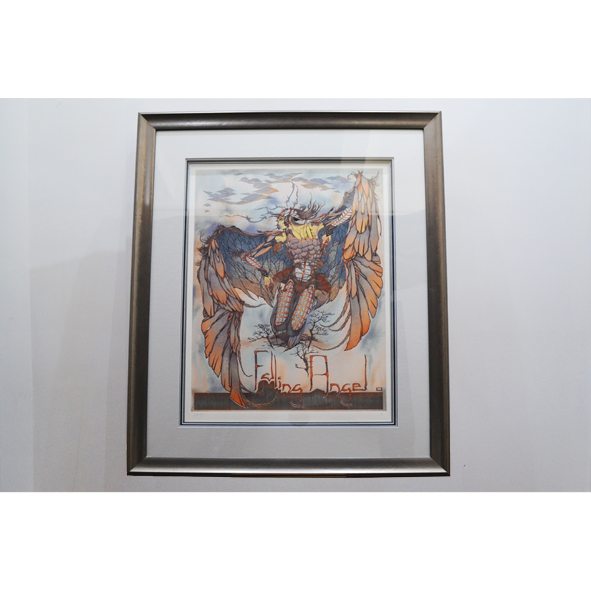