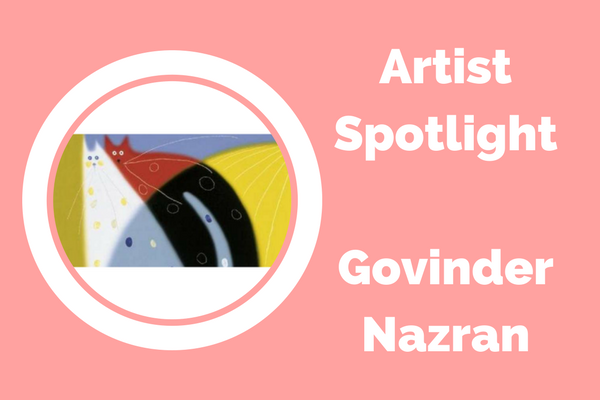 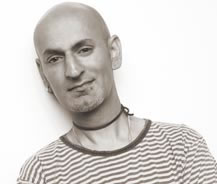 "If I were to plan out my life and the work I've done to this point and try to map out where I'm going, I couldn't say exactly.Except that the road I am on is a long one, the sun is shining and I've got my boots on. My life is like an apple. I've just had my first bite, and it's yummy!"

Govinder Nazrans art training began in Bradford, England. Where he studied Graphic Design from 1980 to 1983. He later went on to study for a higher diploma in Graphic Design, specialising in illustration at Lincoln Art College. Once he had completed all of his formal training he decided to move to London, approaching all of the major city publishers with his portfolio. It was there that he worked on illustrations for children’s book and after 6 months moved to Cambridge where he continued to work as a freelance illustrator.

Soon after he moved back to his home town of Saltaire in West Yorkshire. He took up the position as a designer for a greetings card company, where he was involved in product design and development. Following that, he became involved in directing photo shoots and later became a photographic art director, travelling all over the world on fashion shoots. In 1993 he gave up his photographic job and spent the subsequent 5 years working freelance on card designs for major publishers.

It wasn’t until 1999 that he decided to enter the fine art market and approached the Washington Green with his portfolio. They have since published over 40 of his designs. In 2004 he became the Best Selling Published Artist in the industry’s Fine Art Trade Guild  Awards and he enjoyed two sell-out tours in Japan where his work was highly  regarded

He soon became well known for his paintings of mammals, primarily of cats and dogs but also at times of horses, elephants and people. The animals were more often than not made up of Rothkoesque blocks of colour and were often embellished with gold leaf, glitter, staples, string and other objects. Many of Govinder’s animals came in pairs focusing on themes such as opposites, yin and yang, family, love, good versus evil and Mr and Mrs, apart from painting animals, he was also well known for producing many sculptures based upon his paintings as well as figurative and totally abstract works.

Sadly Govinder Nazran died in December of 2008 following an accident in his home in Saltaire.