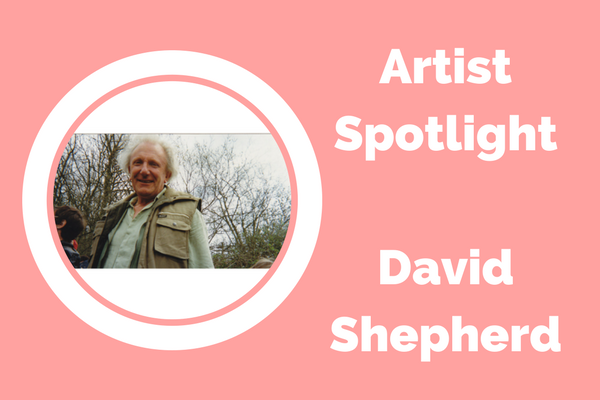 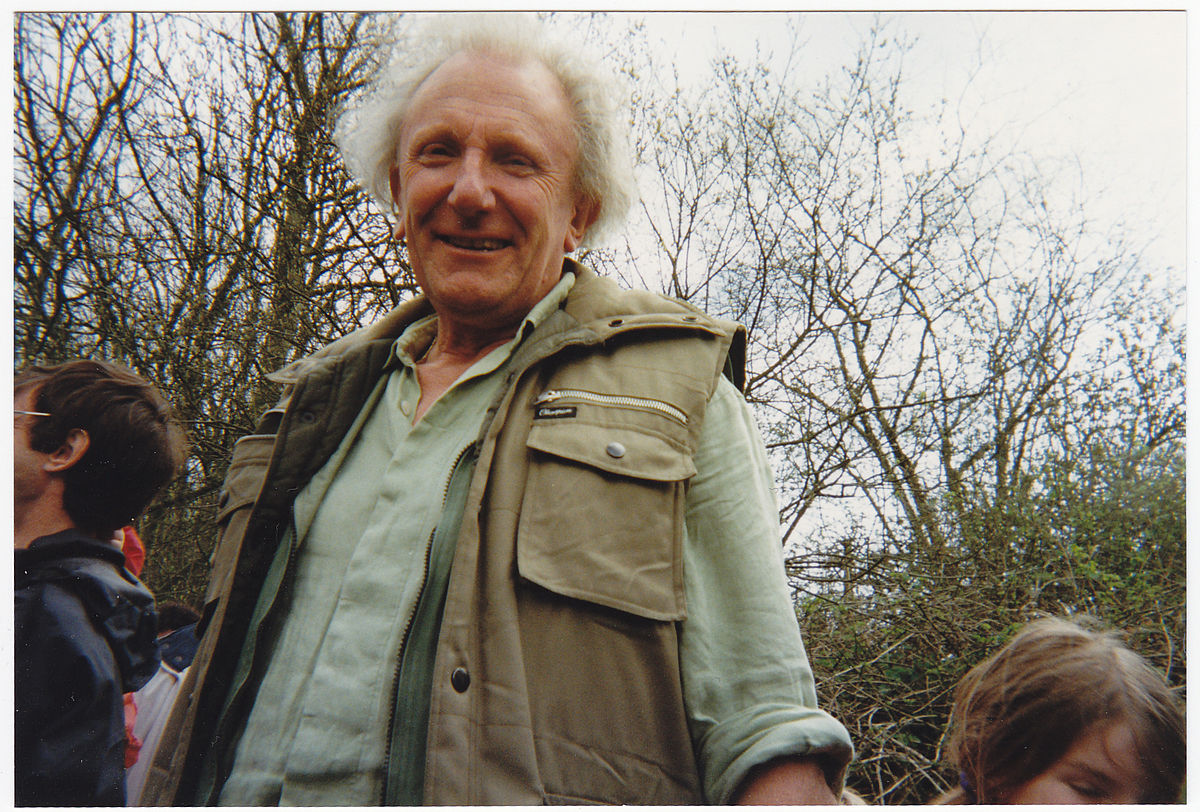 "I want to live to be 150. It will take that long to do everything I want to do. Unlike some people who perhaps lead a humdrum existence, I run almost everywhere I go because I am so anxious to get on with the joy of what I am doing next. "

David Shepherd, CBE is known internationally as one of the world’s leading wildlife artists and passionate conservationists. He freely admits he owes all of his success to the animals and wildlife that he paints.

Born in April 1931, he grew up in Totteridge, North London where he won a children’s painting competition in a magazine called Nursery World when he was just 8 years old. When he left school he travelled to Kenya with the hope of becoming a game warden but was rejected. Soon he returned back to the UK but was rejected by the Slade School of Fine Art in London. However, he was taken in by the artist Robin Goodwin who trained him for three years.

In the years following his training with Robin Goodwin, he began painting aviation pictures. The subject was natural for him, rooted in his boyhood. He was eight years old when World War 2 began and had lived in London during the Blitz.

Due to his training, he was well suited to painting aircraft because he had been taught to be accurate while avoiding the pitfalls of making a painting look like a photograph.

Gradually, his paintings began to be noticed. One way to get commissions was to give paintings to the airlines until they felt obliged to repay him with commissions. The Chairman of the British Overseas Airways Corporation even held an exhibition of his paintings. Through the airlines, David met his wife, Avril, who was working as a secretary for Capital Airlines of Washington.

In 1960 he was flown out to Kenya by the Royal Air Force, upon arrival they told him they didn’t want paintings of their aircraft as they fly them all day long. Instead, they wanted local things such as elephants. So began his journey of painting local wildlife.

During the trip to Kenya, he became a conservationist. David had found a watering hole poisoned by poachers, around which 255 dead zebras were lying. At that moment he realised that through his paintings he could repay his debt to the wildlife that was bringing him such success. Since that day in 1960, he has raised through his own efforts and together with members of the David Shepherd Conservation Foundation, more than 3 million pounds towards saving critically endangered mammals in the wild.

In 1962, he painted an elephant picture called ‘Wise Old Elephant’ which was produced as an unlimited print by Solomon & Whitehead in England, it quickly became a bestseller. That same year, David’s first one-man exhibition at Tryon Gallery in London was a sellout.

He was awarded an Honorary Degree of Fine Arts by the Pratt Institute in New York in 1971, and in 1973, the Order of the Golden Ark by HRH The Prince of The Netherlands for his services to conservation. He was made a member of Honour of the World Wide Fund for nature in 1979 and in the same year received the Order of the British Empire for his services to wildlife conservation.

In 2008 he was awarded the CBE for his contribution to conservation and in 2012 became the first artist to receive the ‘True Englishman’ Award.